East Ridge to Honor their Veteran-Residents on Veterans Day 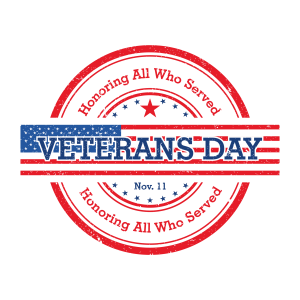 The camaraderie among fellow veterans is quite evident at East Ridge at Cutler Bay through many opportunities organized at the life plan community.

Resident Gary Sisler spearheads a Veterans Luncheon that is held on the fourth Tuesday of each month and it’s become a tradition.  Veterans who served in a variety of branches of the Armed Forces come together to share stories about their time in the service with others who have similar experiences. The luncheon combines residents from independent and assisted living and those living in Three Palms Health Center.

Currently, more than 25 veterans live at East Ridge.  Gary has personally interviewed many veterans for living histories documenting their military experiences and memories.  These are on video tape and periodically shown on the East Ridge TV channel 97.

Their stories are quite poignant and sometimes they share memories they often don’t readily talk about. Through his interviews he learned about Dr. George Richards who served in the U.S. Army.  Dr. Richards was drafted while he was attending medical school.  In the Army, he was trained as a weather forecaster and fought in the Battle of the Bulge.  During the battle, he miraculously evaded a German Messerschmitt which caught him on open ground.  In 2017, he was awarded the French Medal of Honor in a ceremony at the University of Miami.

Gary also heard the story of Johnny Reus from Puerto Rico who served a career in the U.S. Army and retired as Lt. Colonel with the Army’s Special Forces.  Part of his training was parachute jumping but he was injured when he was parachuting at night and landed on top of a tree.  To free himself, he had to cut his chute loose and fell 35, feet breaking his back.   His recovery required a six month hospitalization but he returned to the Special Forces and highly secretive duty in Laos.

To celebrate Veterans Day, there will be a special 2 p.m. ceremony opening with a moving tribute by a Scottish bag pipe player followed by the introduction of resident-veterans, and a special military flag burial ceremony.

“We’re honored to have so many brave men and women calling East Ridge home,” said Executive Director Ken Cormier. “We are truly indebted to the ‘Greatest Generation’ for our freedoms and liberties.  The camaraderie they share is not only evident among our resident-veterans but by the entire community who salute their service.”